(The content of this post is from a letter received from McKesson on April 15, 2015 as a McKesson Public Affairs ALERT.)

Yesterday, the U.S. Senate overwhelmingly passed H.R. 2 which reforms the Medicare physician payment system, helps slow healthcare cost growth, and extends healthcare coverage for children. The measure also passed the House by a bipartisan vote of 392 to 37. The President plans to sign the bill.

The passage of these critical reforms is both substantively and politically important.  The measure avoids the threat of draconian cuts to Medicare providers. Politically, the bipartisan negotiating process and the overwhelmingly bipartisan vote show that in the newly controlled Republican Congress both parties can work together to get things done.

McKesson has advocated for these Medicare reforms in recent years and strongly supports this measure as it will have a positive impact on our physician customers and business partners.

What is the Sustainable Growth Rate (SGR)?

Medicare payments to physicians are determined under a formula, commonly referred to as the “Sustainable Growth Rate” (SGR).  SGR was first passed into law in 1997 and intended to control physician spending by linking it to the nation’s economic growth.  The formula has called for reductions in physician payment rates since 2002, but Congress has spent nearly $150 billion in 17 short term patches to avoid the cuts.  The most recent patch was to expire on March 31st.  If Congress hadn’t acted, providers would have received a 21% reimbursement rate cut in April.

For several years, a bipartisan group of legislators had been working to permanently reform the SGR formula, but an agreement had proved politically elusive.  However, a few weeks ago, Speaker Boehner and Democratic Leader Pelosi announced they had reached a deal.

What Does the Bill Do?

What Does This Mean for McKesson Customers?

The guaranteed payment increase over the next four years will introduce mid-term stability and predictability for Medicare providers before they are transitioned to a new value-based system. The bill also supports providers as they navigate participation in alternative payment models, with the potential for increased reimbursement rates.

Though hospitals, nursing homes and rehabilitation centers will only see a base pay increase of 1% in 2018, about half of the increase without passage of the legislation, they largely backed the bill. In a letter, the American Hospital Association commended Congress for delaying cuts to the Medicaid Disproportionate Share Hospital program an additional year, until 2018, and extending the partial enforcement delay on Medicare’s “two-midnight” policy for an additional 6 months.

Finally, the bill requires EHRs to be interoperable by 2018 and prohibits providers from deliberately blocking information sharing with other EHR vendor products.  It also leverages EHRs for quality reporting and requires the exchange of healthcare information to manage patient care across care settings. 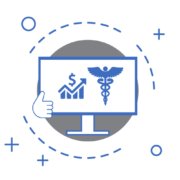 Medisoft – How To Change A Standard Statement Into A Remainder Statem... Five Facts about ICD-10 from CMS Scroll to top Call Now Button
We use cookies on our website to give you the most relevant experience by remembering your preferences and repeat visits. By clicking “Accept”, you consent to the use of ALL the cookies.
Cookie settingsACCEPT
Privacy & Cookies Policy

This website uses cookies to improve your experience while you navigate through the website. Out of these, the cookies that are categorized as necessary are stored on your browser as they are essential for the working of basic functionalities of the website. We also use third-party cookies that help us analyze and understand how you use this website. These cookies will be stored in your browser only with your consent. You also have the option to opt-out of these cookies. But opting out of some of these cookies may affect your browsing experience.
Necessary Always Enabled
Necessary cookies are absolutely essential for the website to function properly. This category only includes cookies that ensures basic functionalities and security features of the website. These cookies do not store any personal information.
Non-necessary
Any cookies that may not be particularly necessary for the website to function and is used specifically to collect user personal data via analytics, ads, other embedded contents are termed as non-necessary cookies. It is mandatory to procure user consent prior to running these cookies on your website.
SAVE & ACCEPT